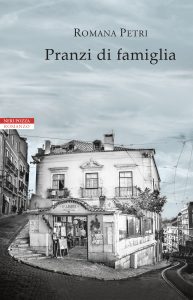 After Maria do Ceu's death, her three children, Joana, Rita and Vasco, have to deal with the past of a family they know little about, each in their own way. Maria do Ceu has dedicated herself to the firstborn daughter Rita, born deformed, and really "rebuilt" by her, through a long and painful series of surgeries that were repeated every year, for twenty years, in London. She did it against everyone's opinion, with the tenacity that only a great mother can have. However, Maria's Ceu's husband, Tiago, abandons the tiring family to join another woman, Marta, and devote himself to his political career. The relationship of the children with their father is difficult. They do not forgive him for abandoning the family. And they can't stand his new wife, Marta, who has always tried to keep him away from them. Now, without their mother, they realize for the first time that they have no memories of the past. Why did they remove everything? A novel that delicately addresses the difficulty of family ties and tries to untie the knots.
Thanks to the Prize the book has been translating in English by Sharon Wood and waiting for being published in the Unites States. Romana Petri / Read Bio
NON FICTION ITALIAN WINNER 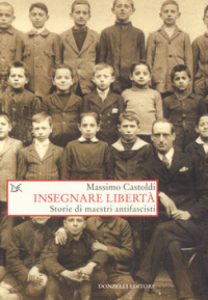 Men and women, socialists, Catholics, liberals or simply patriots, these masters testify that their silent battle was possible, despite everything, and that it was, far beyond the challenge and rebellion, a true lesson in civil resistance. Since the rise of Fascism there was a part of the master class willing to fight its propaganda by any means. For this reason between 1921 and 1945 many teachers were forced to leave their job. They knew the confinement, they fell victims of the fascist violence and then, also, of the Nazi one. In the early years of the century, teachers had become increasingly aware of their role as educators and social workers, no longer considering themselves only lay priests with the mission of national education. They felt they had to participate actively in the socio-cultural life of Italy, in the fight against illiteracy, in the creation of a civic and unitary conscience, but also in the development of socialism or popular Catholicism, which, although in conflict with each other , were based on the same need for widespread education. If Fascism looked to the elementary school as the place of formation and construction of the conscience of the new child soldier faithful to the regime, many teachers contrasted its language and cultural models, educating the children to alternative principles: patriotism, and not nationalism, solidarity, brotherhood and freedom, rather than violence, racism and blind obedience. The twelve stories recounted in the book represent different ways of opposing the dominant culture, from the more open and frontal to the more calculated and even concealed ones.
Thanks to the Prize the book is in English translation by Gail Ann Mc Dowell and waiting for being published in the Unites States. Massimo Castoldi / Read Bio
FICTION AMERICAN WINNER 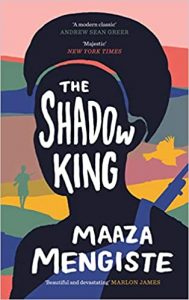 A gripping novel set during Mussolini’s 1935 invasion of Ethiopia, The Shadow King takes us back to the first real conflict of World War II, casting light on the women soldiers who were left out of the historical record. With the threat of Mussolini’s army looming, recently orphaned Hirut struggles to adapt to her new life as a maid in Kidane and his wife Aster’s household. Kidane, an officer in Emperor Haile Selassie’s army, rushes to mobilize his strongest men before the Italians invade. His initial kindness to Hirut shifts into a flinty cruelty when she resists his advances, and Hirut finds herself tumbling into a new world of thefts and violations, of betrayals and overwhelming rage. Meanwhile, Mussolini’s technologically advanced army prepares for an easy victory. Hundreds of thousands of Italians―Jewish photographer Ettore among them―march on Ethiopia seeking adventure.
In incandescent, lyrical prose, Maaza Mengiste breathes life into complicated characters on both sides of the battle line, shaping a heartrending, indelible exploration of what it means to be a woman at war.
Thanks to the Prize the book has been translated in Italian by Anna Nadotti and published in Italy by Einaudi with the title Il Re Ombra in 2021. For this translation the book has been awarded also for the XV edition of the Gregor Von Rezzori Prize – Maaza Mengiste / Read Bio
NON FICTION AMERICAN WINNER 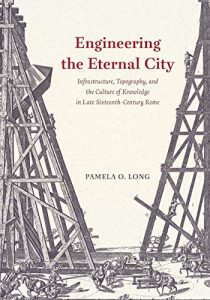 Between the catastrophic flood of the Tiber River in 1557 and the death of the “engineering pope” Sixtus V in 1590, the city of Rome was transformed by intense activity involving building construction and engineering projects of all kinds. Using hundreds of archival documents and primary sources Engineering the Eternal City explores the processes and people involved in these infrastructure projects—sewers, bridge repair, flood prevention, aqueduct construction, the building of new, straight streets, and even the relocation of immensely heavy ancient Egyptian obelisks that Roman emperors had carried to the city centuries before.
Thanks to the Prize the book has been translated in Italian by Anna Carocci and published in Italy by Viella Editore with the title Ricostruire la citta’ eterna. Pamela O. Long / Read Bio
Edition 2019